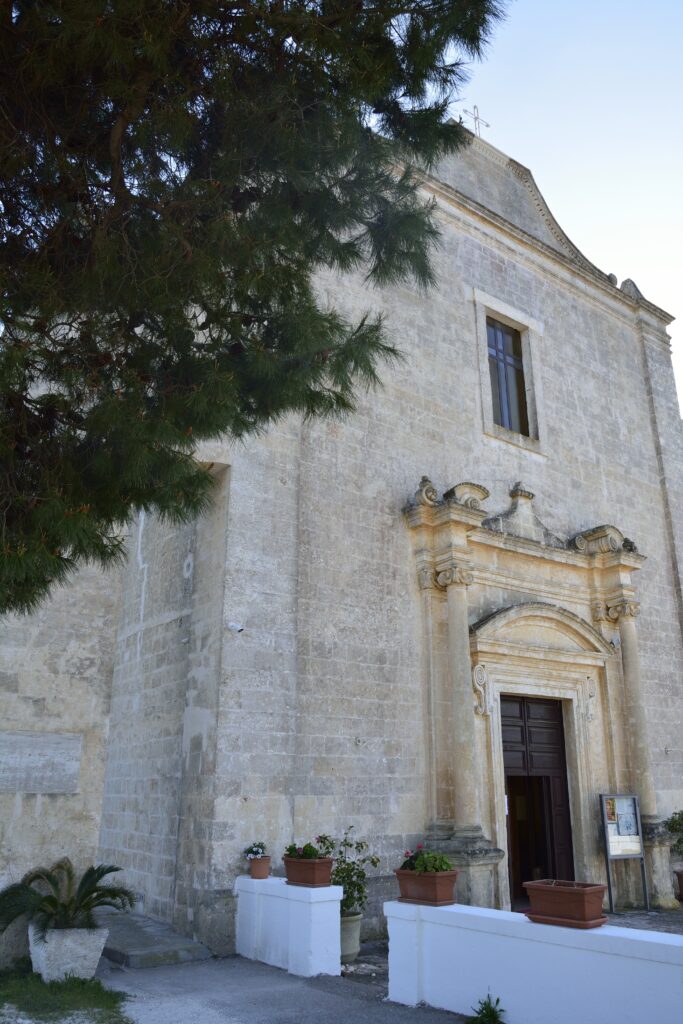 On provincial road 118, leading from Sava to Lizzano, about 4 km from the village, the Sanctuary dedicated to the Virgin of Pasano is located. The site was already inhabited in Hellenistic, Roman and Byzantine times, as evidenced by the discovery of tombs and grave goods. Later, it housed the hamlet of Pasano for a few centuries, which was abandoned in the mid-16th century for other hamlets, like Sava. By the way the building of worship didn’t fall.

The current sanctuary was built between the end of 1600 and 1712 by the will and devotion of Sava inhabitants, under the direction of the Jesuit Fathers.

It replaced another small church, whose original the structures were reveled, leaning against the high altar wall.

The church is linked to the so-called ‘Miracle of the Slave’, which took place in 1605 (inside the church are safeguarded the boulder and the iron shackle).

According to tradition, a stone boulder broke the iron shackle wrapped around the ankle of a non-Christian slave in the service of a local lord, after he had prayed to the Virgin of Pasano for mercy.

This event was followed by the conversion and the baptism of the slave, who was given the name of Francis.

On the external sides of the building, six buttresses were erected after the effects of the earthquake of 20 February 1743; while the stone altar on the inside, in late baroque style, contains the icon of the Virgin and Christ Child, belonging to the Byzantine tradition.