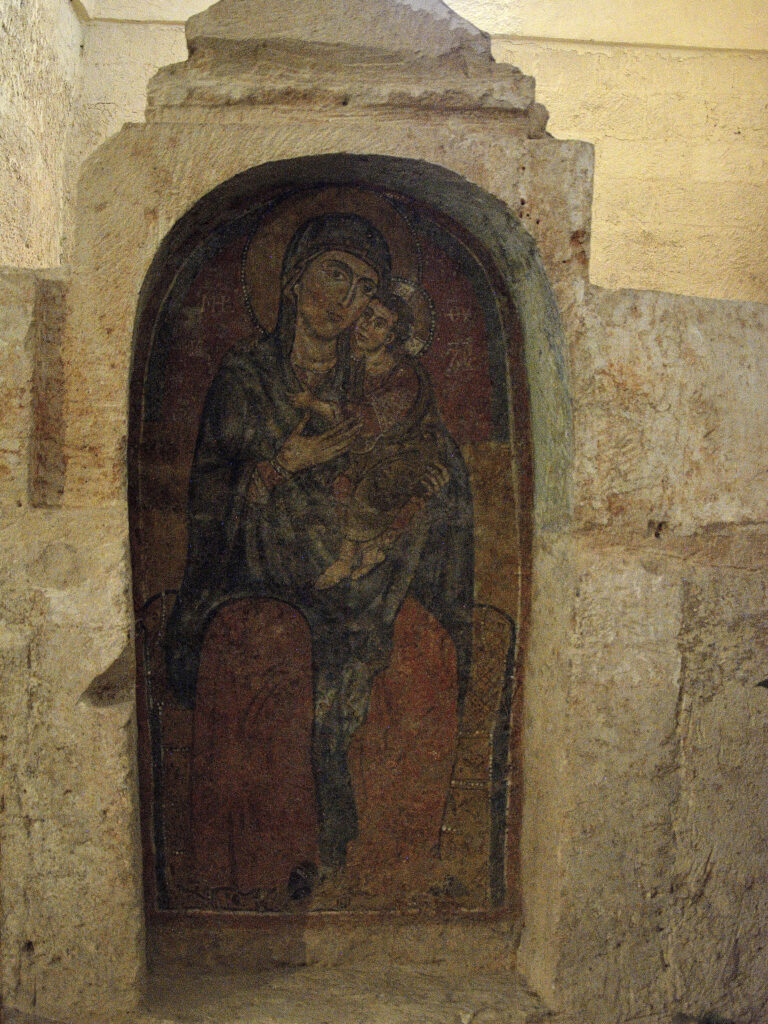 On the outskirts of San Marzano, in a landscape of ravines, sunken plateaus and small circumscribed valleys known as lame, is the rock church Madonna delle Grazie (Our Lady of Grace), set five meters deep, with its evocative appearance and unusual structure, with many caves of various sizes opening onto its crags.

This rock church has a long building history, and its spatial and liturgical configuration has changed over time, from the Byzantine frescoes to the late 20th century restorations, in a succession of intertwined works that have enriched it with architectural and artistic elements.

In the sanctuary we find the Cave of St George and St Barbara, some funerary chapels and the last crypt decorated with the image of the Virgin and Child dating back to the 17th century, whose discovery was, according to legend, a miraculous event.

Since the 16th century, the entire complex has been dedicated to the Madonna delle Grazie.

Human presence in the area dates back to the Bronze Age, with the discovery of a number of little caves tombs used as dwellings in the Middle Ages, when the rock sanctuary became the cornerstone of the religious, economic and cultural life of the people, and it still benefits from its appeal today.